History of the St. Antony-Hütte (Ironworks) 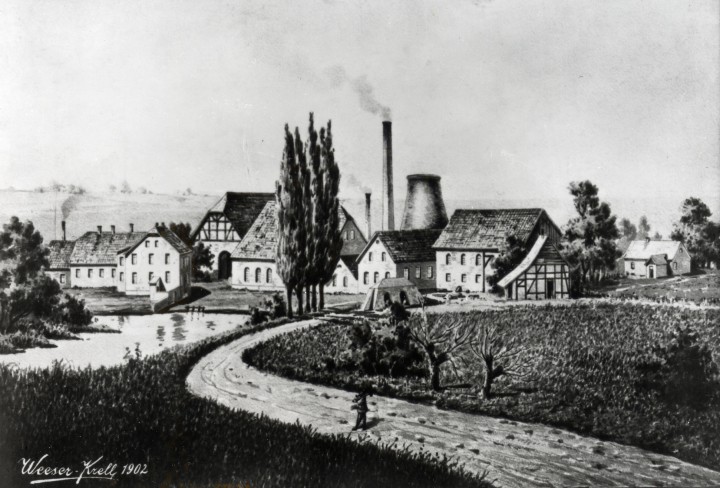 18th October 1758, Oberhausen: Red glowing, boiling iron flows out of the first blast furnace in the Ruhr region. „Nun iß endlich die hütte in ihre arbey, der liebe Gott gebe mir seynen seegen dazu", (Now the ironworks has finally started to work, may God give me his blessing for it) is how the foreman eagerly reported to his boss. The St. Antony-Hütte (Ironworks) had gone into operation; a new significant leaf in the history of the subsequent Ruhr region had been turned. 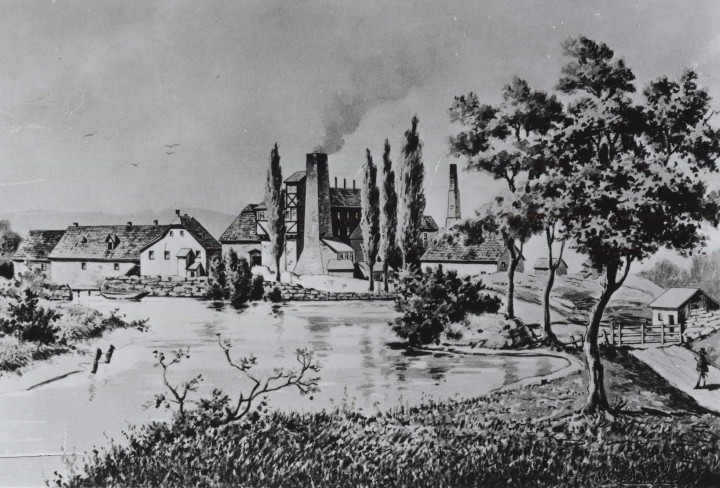 The origins of the St. Antony-Hütte (Ironworks) go back to the year 1740. On 25th February 1741 Franz Ferdinand von Wenge, a cleric from the chapter in Münster, received permission from the court chamberlian’s office of the Electoral Cologne to dig for surface iron ore in the Vest Recklinghausen. Thirteen years later the Archbishop of Cologne, Wenge, constructed an ironworks on the Elpenbach in Osterfeld in order to smelt the local ore reserves. The blast furnace was blown-in for the first time on 18th October 1758. Iron pots and pans were amongst the products made initially at the ironworks. Due to the poor quality it was difficult to sell the first products and the ironworks made no profit.

It did not operate profitably until 1770s/1780s. In the meantime plans were being drawn up to construct ironworks in the neighbouring states of Prussia and Essen. For example the ironworks Gute Hoffnung in Sterkrade was built in 1782 and the Neu-Essen ironworks on the river Emscher in 1791. Then in 1810 the three companies were amalgamated to form “Hüttengewerkschaft und Handlung Jacobi, Haniel und Huyssen" the forerunner of what was later to become Gutehoffnungshütte (GHH).

From the end of the 1970s the residence of the ironworks’ director served GHH as archive and exhibition space, being the last remaining building on the site. The LVR-Industriemuseum is now the owner of this building. 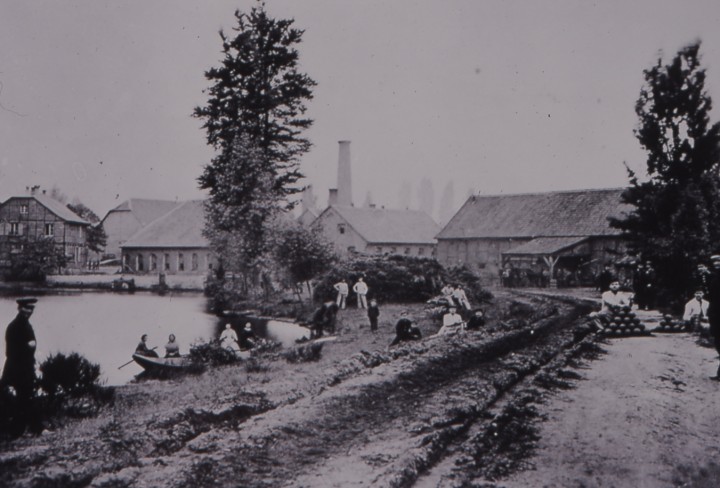 In 1820 the blast furnace at St. Antony was blown down for the first time. From 1827 to 1843 operations at St. Antony were resumed once more. As an iron foundry however, the ironworks only remained in operation until 30th April 1877. Then production was finally stopped.

The major part of the building was demolished immediately after the shutdown. A workshop building, the forge and the loam moulding shop were converted for residential purposes. The residence of the ironworks’ director with the two extensions also remained intact. The St. Antony-Hütte (Ironworks) became a residential area for workers, employees and directors of the Gutehoffnungshütte company situated in Oberhausen.