The Ermen & Engels power plant is on winter break and is only open to groups on request. From 31.03.2023 it will be open again regularly.

Here you will definitely see light, because everything revolves around electricity. The former Ermen & Engels cotton spinning mill set up by Friedrich Engels sen. – father of the famous companion of Karl Marx – was electrified in 1903. Marvel at the historic Water Power Plant which supplied the mill and to a certain extent also the town with energy. In this way you gain a vivid impression of how the power of the little river Agger was transformed into electricity. 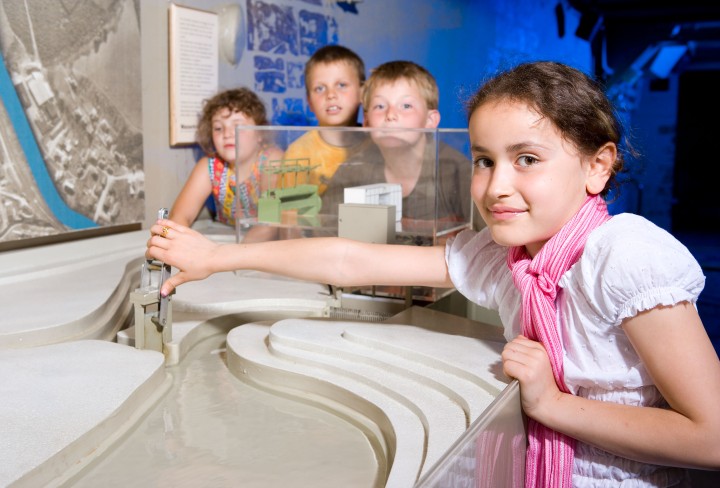 When guests descend into the turbine hall they are greeted by a mysterious blue light and the sound of gushing water giving the impression that today water still flows through the passageways with their mighty walls. As soon as one’s eyes have become accustomed to the darkness, the turbines become visible which via a complicated transmission system made up of many wheels and cogs powered the machines in the mill. From the beginning of the 20th century the turbines were connected to generators which generated the power for the electrically operated machines.

On the floors above the turbine hall, the large switchboard illustrates how the electricity was distributed in the mill. As early as 1903 the industrialist’s residence and the town of Engelskirchen benefited from the local power generation. Thanks to the Power Plant in the mill the electric street lamps glowed here earlier than in many a large town. The imposing steam engine at the entrance to the museum floor serves as a reminder that after all there was not always sufficient water power available to power the machines. Steam power was therefore used as supplementary energy. 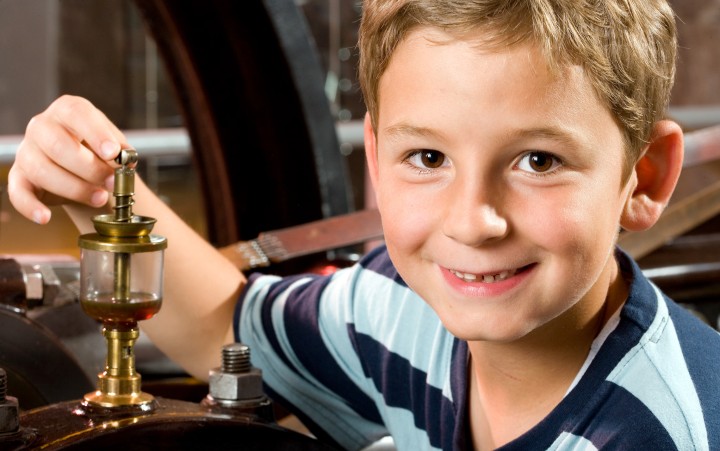 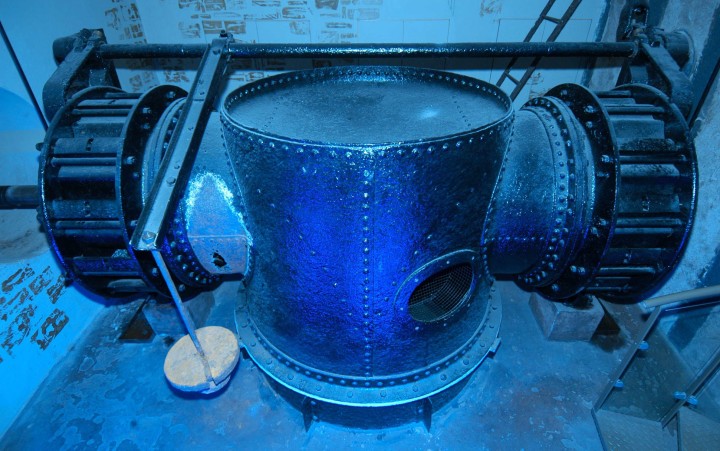 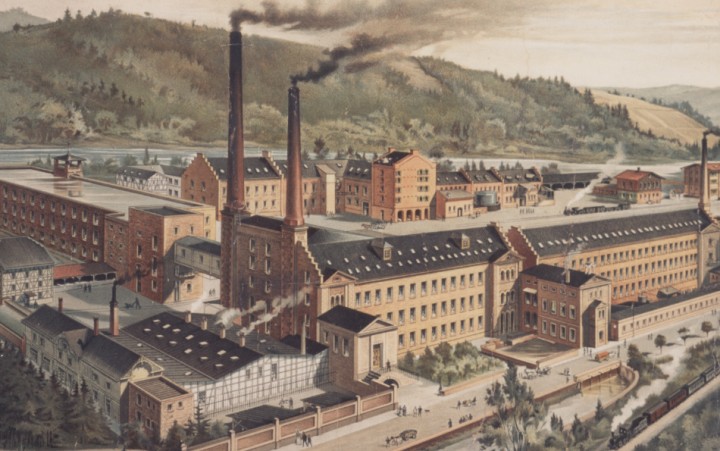