The LVR-Industriemuseum in Engelskirchen presents the history of the Ermen & Engels factory and of Friedrich Engels junior himself in compact form in a new exhibition gallery. 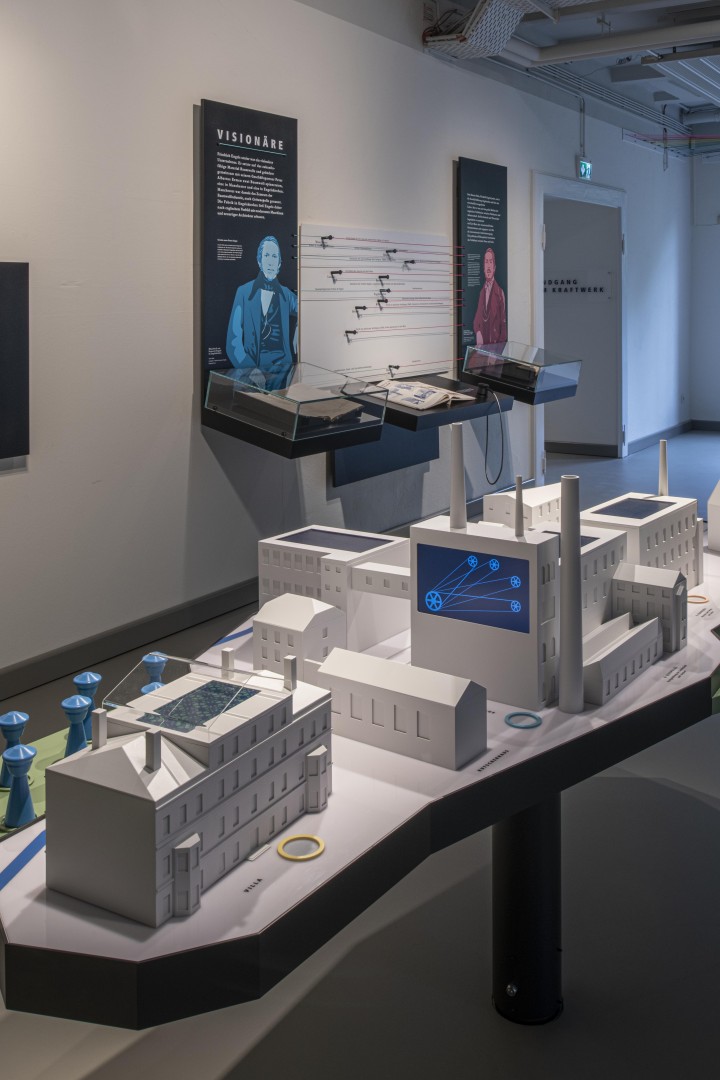 In 1837 Friedrich Engels senior who originated from Barmen and was the father of the famous communist set up cotton spinning mills in Engelskirchen and Manchester together with his Dutch business partner P. A. Ermen. Initially the power of a waterwheel was used in Engelskirchen supplemented by a steam engine. At the beginning of the 20th century electricity was installed at Ermen & Engels, at the time a very modern form of energy generation. Supported by two turbines water power was now transformed into electricity for the spinning machines.

The son, Friedrich Engels junior, completed commercial training at the factory in Manchester in the 1840s. The living and working conditions of the textile workers there strongly shaped his thinking. In “Die Lage der arbeitenden Klasse in England” (1845) (The Condition of the Working Class in England) Engels analysed the social drawbacks of industrialisation. The author himself described his book as “Sundenregister” (“Register of Sins”) for the English middle classes. Engels junior was convinced that a new – communist social order could only be achieved through a revolutionary upheaval. He joined in the struggles in 1849, the revolution year, wrote the “Communist Manifesto” together with his friend Karl Marx and was co-founder of the international workers’ movement. The joint work of Marx and Engels culminated in the publication of “Kapital” (Capitalism).

At the same time Engels was also an entrepreneur. He joined the factory in Manchester in 1850. On the one hand he surrounded himself with business partners and kept a representative residence; on the other hand he had a relationship with Mary Burns – an Irish worker – wrote communist articles and was actively involved in the workers’ movement. Throughout his life he supported the Marx family and other friends from his own income. 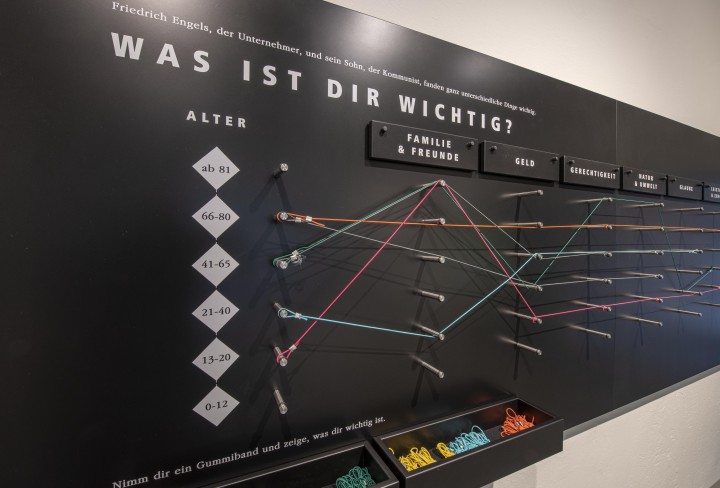 The history of the factory is presented very vividly in the exhibition gallery with many exhibits and photos displayed over an area of just under 100 square metres. In the centre is an interactive model of the factory and visitors can look behind the factory walls and see how cotton thread is produced in a short animated video. The room also explains the ambivalent opinions of father and son in respect of the opportunities and disadvantages of industrialisation for the labour force and the entrepreneurs. At a dialogue wall visitors can then decide for themselves what is important - whether wealth, success, family or fairness. And last but not least the new presentation turns to the town Engelskirchen. The locality became the scene of “significant” historical developments through the company which was trading globally and is linked to other prominent sites in the industrial and social history of the 19th century such as Manchester.

Tickets for the Kraftwerk Ermen & Engels (Power Plant) can be obtained at the site or in advance from our Webshop.

Guided tours:
At the moment there are no guided tours through the permanent exhibition due to the restrictions brought about by the Corona pandemic.

Up to March 11 2022, the Ermen & Engels power plant is on winter break and will remain closed. For school classes and groups, the museum is open over the winter on request. Please contact kulturinfo rheinland for booking.