On land, on water and in the air

Photo exhibition about mobility at the GHH

With the new photo exhibition "On Land, on Water and in the Air - Mobility at GHH", the LVR Industrial Museum St. Antony-Hütte once again presents a special excerpt from the historical photo archive of the Gutehoffnungshütte (GHH). This time, the exhibition focuses on the mobile past of one of the once largest industrial and coal and steel companies. A multitude of vehicles and means of transport set GHH's operations and plants in motion:

raw materials had to be transported, finished products were brought to their destination, and employees also moved to their workplace every day. At the same time, GHH developed into an important vehicle manufacturing company. 44 historical photographs from the time of the German Empire around 1900 to the post-war period in 1950 now provide an insight into mobility on land, water and in the air at GHH.

Automobiles, motorcycles and, above all, the trucks of Maschinenfabrik Augsburg-Nürnberg (MAN), which had been part of the concern since 1920, were on the road for GHH, as were the works railroads. At the same time, the construction of wheelsets and bridges by GHH made rail transport possible in the first place. On the water, GHH was represented by ships and barges built at the Rhine shipyard in Walsum. Airship travel was supported with the construction of hangars and anchor masts.

In addition to ships, locomotives and vehicles, the photographs show historical features of the history of mobility. With the Wuppertal suspension railroad and the rail zeppelin, they represent unique experiments in overcoming existing boundaries. The international connections, e.g. to Brazil or China, and the fact that GHH worked on the construction of submarines and naval tankers for military armaments, cannot be overlooked.

At the same time, the photographs reflect past everyday worlds and the attitude to life of another time. They show the people who moved these impressive vehicles or were moved by them: the locomotive drivers, the workers at the shipyard, the guests at the launch of a new transport ship or the families who marvel at the hot air balloon at the Flugtag in Holten. 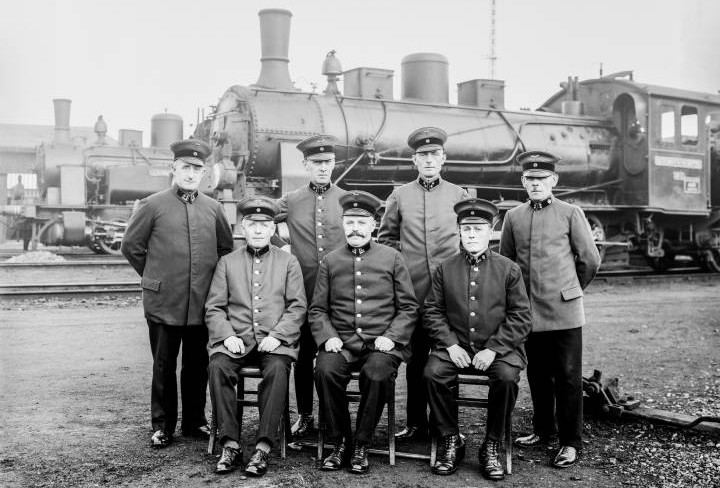 Jubilarians of the factory railroad in front of their workings equipment, 1930 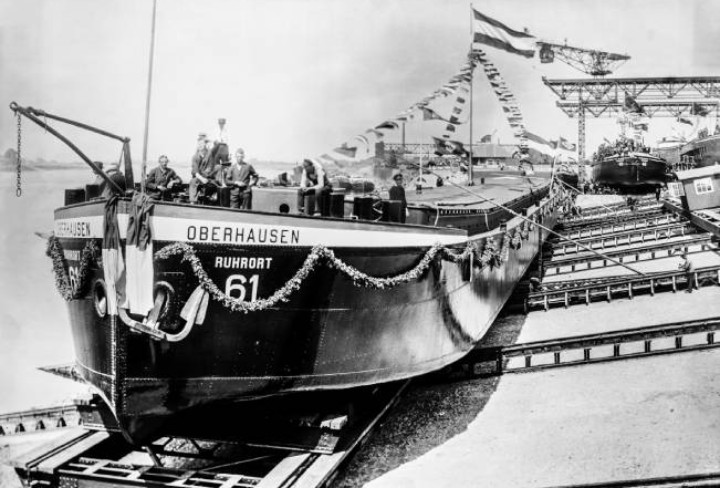 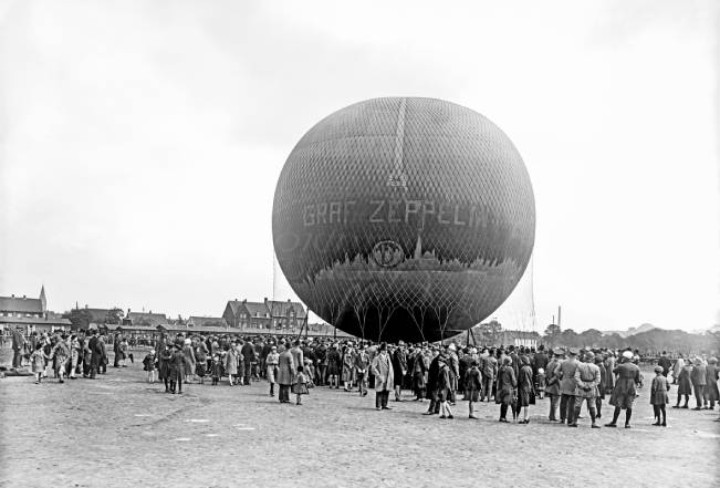 Tickets for the exhibition can be obtained in advance from our Webshop. Please remember to print out your ticket or bring it with you on your mobile phone if you have booked online. Please also print out and complete the contact form attached to the online ticket and bring it with you to the museum.

The exhibition is accessible.
Information on accessibility in the St. Antony-Hütte